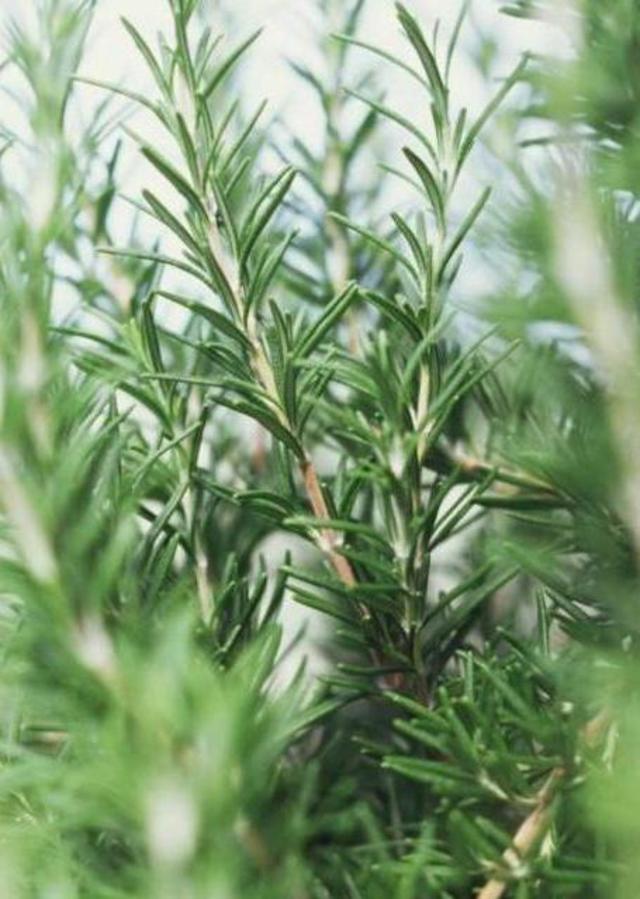 Of all the herbs, rosemary seems to have gotten the prettiest name. A member of the mint family, this evergreen herb has a fresh piney scent and a distinctive flavor.
Rosemary has small blue lip-shaped flowers that forms at its tip. It grows up to 1.5 m tall and spreads over 1 m in diameter. Great for cooking, hedging and Topairy.
Price:
NZ$ 6.50 - 14.95
UOM:
1.5L
ROSEMRYUP
No in-store stock, but more can be shipped promptly

Rosemary gets its name from the Latin rosmarinus, which means "dew of the sea." It has long represented memory, incorporated into funerals as a symbol of remembering the dead, and was thought to improve the memory as well. Ancient Greeks believed that rosemary improved digestion and liver function, while the Chinese believed that rosemary was a cure for baldness! Rosemary is thought to have been one of the herbs found in Jesus' manger, and it is found in Shakespeare's plays.

Today rosemary is still a popular medicinal herb and can be prepared several ways. Rosemary tea is said to be good for colds. Rosemary essential oil added to the bath can reduce congestion and soothe coughs. It's also thought that rosemary cures headaches, improves digestion and wards off depression.

Rosemary is an essential ingredient in many Mediterranean dishes and pairs well with chicken, lamb, pork, fish, potatoes and even vegetables. It lends a wonderful freshness and complexity when baked into bread or used in a dipping oil.

Rosemary plants do well in containers and are prolific growers that can easily grow to be four or five feet tall under the right circumstances. Outside, rosemary can be grown as a ground cover, trailing down from a hanging pot, or creeping along a wall. Rosemary loves warm weather, requires well-draining soil and needs to be repotted once a year or so to stay happy and healthy. Spritz your potted rosemary plant with water two to three times per week, and cut back the plant if it's getting too crowded.

View your shopping basket or browse other items.